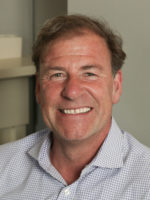 The Sand Bar Inn and Restaurant was a highly successful location in the Champlain Islands for decades, offering fine food, good drink, and convivial hospitality to generations. Conveniently located at the end of the Causeway across Lake Champlain, the property is only fifteen minutes from downtown Burlington, but feels as though you are in another place altogether. With lake views on both sides, this property offers endless potential for redevelopment, and even allows for boater access, with docks and moorings on the other side of Route 2.

Closed since 2007, the owners of the Sandbar had initially proposed a project to rebuild the existing motel, restaurant and event capacities on the property utilizing modern structures and energy/resource efficient systems, with a reduction of impervious or paved surfaces and an overall similar footprint of structures (approximately 80% of existing coverage and utilization). The primary structure was to be comprised of a single story restaurant and bar structure. Two existing motel structures were to be renovated as they were situated along the semi-circular drive-these are still in existence, although needing significant attention at this point. A three-story multi-unit condominium structure was to have been built on top of the demolished motel units in the rear. Parking was to be in front of the motel units, with restaurant parking south of the main entry between the restaurant and planned condominium structures. Each condominium unit was to have one enclosed garage space and one outdoor space. A single new septic disposal system would have been located on the large field on the southern boundary setback from Lake Champlain. The system was designed to have capacity for 13 two-person lodging units (100 gal/day/unit); 90 restaurant and bar seats (30 gal/day/seat) and 8 condominium units for a total capacity of 6350 gal/day maximum design flow (approximately 70% of the then-existing capacity). The mound system was to be graded to the north for a level tented events site measuring approximately 75’x125’. It was anticipated that there would be approximately 8-10 outdoor/tented catered events annually. Details on the latter are attached.

Owners willing to assist in permitting for a new project, and also willing to partner with a potential redevelopment entity.